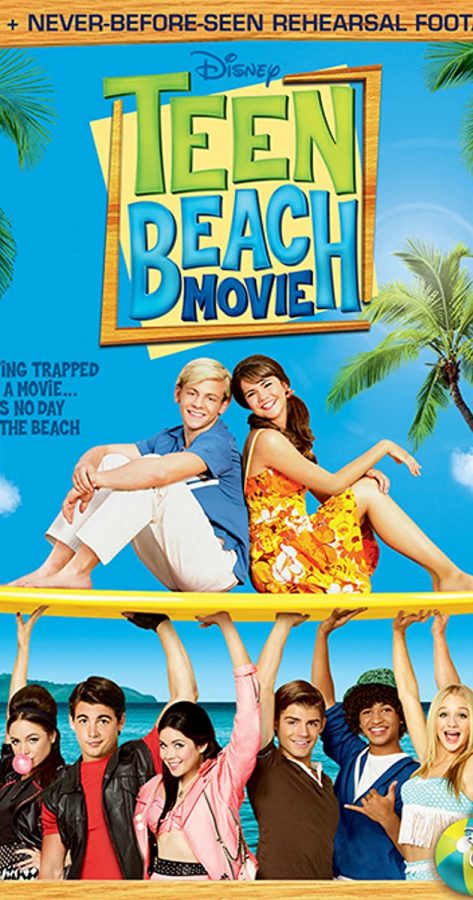 Summer is right around the corner and there are tons of activities to participate in from the beach to trying out new restaurants to escaping for a vacation.  My all time favorite thing to do over the summer is to host movie nights outside.  If you are like me, you can’t watch just any movie.  The movie you watch needs to be specific to the season.  Summer has tons of movies that include Soul Surfer, The Sandlot, Lilo and Stitch, and many more.  There are so many that come to mind.  One of my all time favorite summer movies is definitely Teen Beach Movie.

Teen Beach Movie is the Disney spinoff of West Side Story.  Both have amazing music, but Teen Beach Movie changes the plot.  Instead of only having the Romeo and Juliet plot of the story, Disney puts in two teenagers trapped in the story and mixes everything up.  The most basic way to explain the plot of the movie is that a couple of surfers are mysteriously transported into a beach party movie where opponents break into song and dance as they battle for the beach hangout.  While the plot sounds bland and boring at first glance, the songs in this movie are amazing and catchy.

This movie is almost 8 years old since Teen Beach Movie came out in July of 2013.  The cast makes the movie ten times better and here’s why.  You know Austin and Ally, the iconic Disney show that every person has seen at least once.  But we all know the real star is Raini (at least according to 9th grader Johnna Rodriguez).  Sidenote: Make sure to check out her article on the iconic star Raini.  The actor who plays Austin, Ross Lynch, stars in Teen Beach Movie as Brady.  If the name Lynch looks familiar, that’s because my last name is also Lynch.  There is also another family at East Rockaway with the last name Lynch and we are not related.  Lynch is a popular last name.  The co-star in Teen Beach Movie is none other than Maia Mitchell.  If this name sounds familiar, she has starred in the drama series The Fosters.  There are many more stars in this movie including Jordan Fisher, Kevin Chamberlin, and many more Disney stars.  Make sure to check out Teen Beach Movie this summer if you ever need to get in that summer mood!