“Long March 5B Debris Heads Back to Earth” 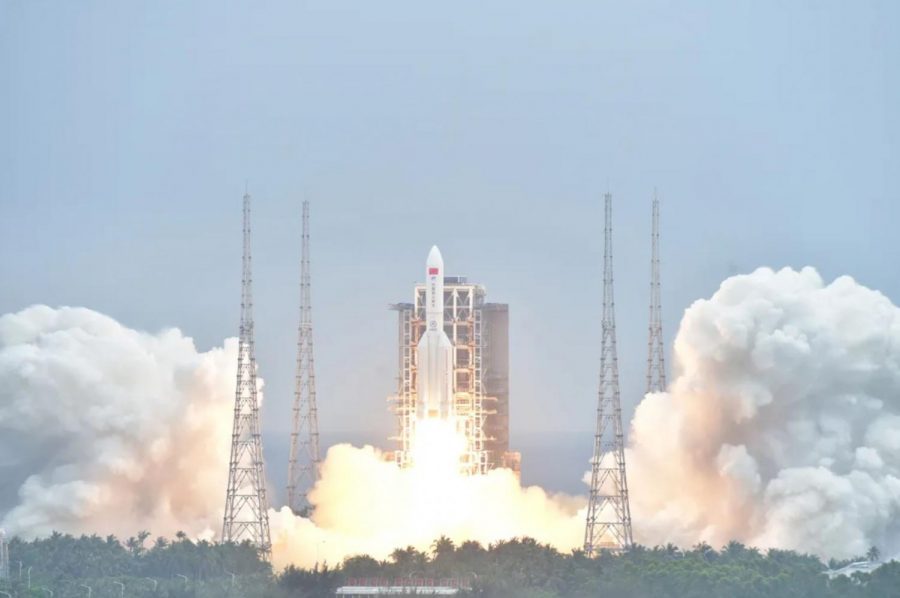 It was April 29th when China launched their rocket Long March 5B. The Rocket was carrying the main module of Tiangong. Tiangong is China’s next space station that they are beginning to construct. After something had gone wrong, Long March 5B became lost in orbit, still intact, with the rocket’s large boosters that were supposed to unattatch. The rocket slowly began to lose altitude when cruising in orbit. While the rocket started to come closer and closer to Earth, many began to wonder: Where and when will this rocket debris land?

Well, let’s start by answering the “where?” Although it was unknown of an exact location the rocket was said to land, some estimates were provided to the public. One prediction guessed that the debris would crash in the Atlantic Ocean. To answer the other question of “when,” most predictions placed the reentry to happen on Saturday, May 8th. On that exact day,  debris from the rocket crashed back down to Earth in the Indian Ocean near the Maldives Islands.

China held themselves accountable when it came to their rocket. “China is following closely the upper stage’s reentry into the atmosphere. To my knowledge, the upper stage of this rocket has been deactivated, which means that most of its parts will burn up upon reentry, making the likelihood of damage to aviation or ground facilities and activities extremely low,” commented Chinese Foreign Ministry Spokesperson Wang Webin. After China’s public comment, the country faced criticism because of their irresponsibility with the situation.

Although China made few comments on Long March 5B, NASA also had a few things to say about the rocket: “China is failing to meet responsible standards regarding their space debris,” said NASA Administrator Sen. Bill Nelson. NASA also went on to say that there were certain standards that were needed when launching a rocket like Long March 5B. The rocket was 176 feet in length and weighed about 24 tons. This huge rocket was one of the biggest objects to re-enter the atmosphere. Most of the rocket would soon be burned up in the re-entering process, but some debris would fall back down to Earth and that’s when it would land near the Maldives.

Situations have happened like this before, and thankfully no one has been reported to be injured by any debris from Long March 5B. Of course with our forever changing world and progression in science, we can all expect a few bumps along the way. But all we can do is just keep on going!