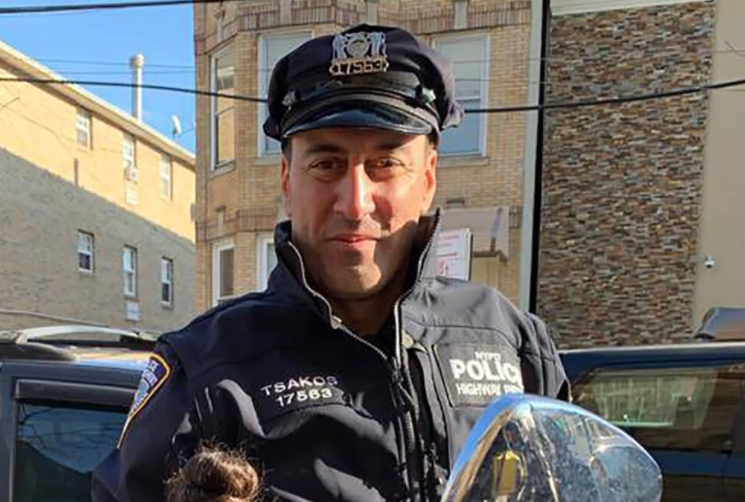 It is a very sad moment to see an officer fatally struck and killed by a vehicle. Officer Anastasios Tsakos was a 14-year veteran for the NYPD patrol unit. Him and his wife just recently bought a new home in New York. Officer Tsakos and his family also have two young children.

According to News 12, Officer Tsakos was struck by a hit and run driver in the Bronx on April 27th. He did not survive the force of the impact. The NYPD stated that the woman, Jessica Beauvais, 32 of Hempstead, who was the driver, was intoxicated as well as under the influence of drugs. The driver also had a suspended license. News 12 indicated that there was footage of this woman before she got into the car to drive. According to MSN news, it is also reported that the woman had her own podcasts in which she would speak while intoxicated. She had stated in a podcast that she does not like the police.

Even though she doesn’t like the police, why did she drive her car while being intoxicated as well as not having a license? That’s a question I have a hard time answering. This woman was also crying when getting into the cop car saying, “I’m sorry.” Recently, the NYPD stated that the woman faces 13 counts, including second-degree aggravated manslaughter and operating a motor vehicle under the influence of drugs or alcohol. I hope that she gets many years in prison and thinks about what she did.

The police department held an amazing funeral service for Officer Tsakos. They had hundreds of police officers saluting their fallen partner on the highway and on the bridges. I am happy to see the immense amount of support the police department has for this family. It is for this reason that you should respect police officers because they are the people who keep us safe. These people risk their lives for yours, so no one should be calling out the police. They are just like everyone else. They are human.

NYPD officer in critical condition after being struck by car in Queens (nypost.com),