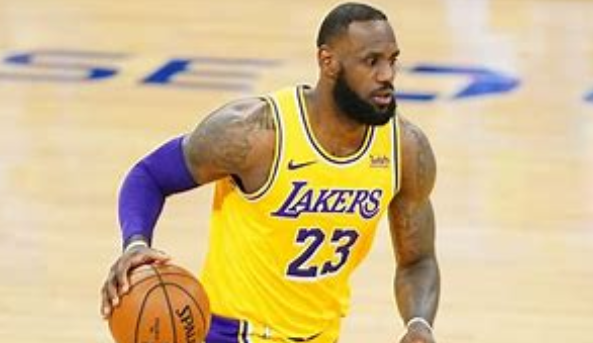 Lebron James is a very skilled basketball player like many others in the NBA. Some have even called him the GOAT or labeled him as one of the top players in history. As for my preferences, he is definitely not on the level as Michael Jordan. James, while talented, just hasn’t reached his level when it comes to actual athleticism. But recently, James has been in the news for reasons other than basketball. He has been making headlines for his posts about police brutality and race in America.

Many celebrities tend to either post or tweet their reactions to current events on various social media platforms. There was a recent incident where police officer Nicholas Reardon shot and killed a 16 year old girl, Ma’Khia Bryant, in Ohio. People are blaming the police and questioning “Why did you shoot her?” all over social media. What needs to be shared is that Bryant was lunging at two different people with a knife, which caused the officers to shoot (https://www.forbes.com/sites/jemimamcevoy/2021/04/21/police-officer-who-shot-16-year-old-makhia-bryant-identified/?sh=5013b1434663. To the police, Bryant was a threat not only to herself, but others as well.

Some have questioned why the police didn’t take less extreme measures, such as shooting her in the leg. According to Forbes, “Responding to questions about why Reardon didn’t try a lesser use-of-force before shooting Bryant, Columbus Police Chief Michael Woods said officers aren’t ‘trained’ to shoot the leg or the arm because it’s ‘a small target’ and could pose a danger to those around, and that Reardon may not have had ‘cover, distance and time’ to use a Taser.”

Once the video came out of the officer shooting the girl, social media blew up. The most annoying part about social media is that videos get tossed around and many people think they know what happened, but they really don’t. This creates a big problem with misinformation because people get involved based on claims that aren’t always fully vetted, and everyone thinks their opinion is correct. LeBron tweeted something right after this event occurred. His tweet stated, “YOU’RE NEXT” with a hourglass next to it as well as #ACCOUNTABILITY.

I believe this tweet was inappropriate and uncalled for. Why do celebrities need to get involved in political situations? This tweet was very inappropriate because it is threatening to the officer who shot the girl. After people tweeted in response to LeBron, he finally took the post down. In my opinion, I think LeBron should be suspended for a couple of games or get a fine. Several other voices in the news media, like over at Fox News, agree that this action was uncalled for. Since LeBron put this officer’s life in danger due to the viral tweet, the government should bring LeBron to court and make a legal lawsuit against him. That tweet can really affect his family and their safety. What is your opinion on the situation with LeBron and the shooting? Or on public figures like celebrities and athletes sounding off on the news?