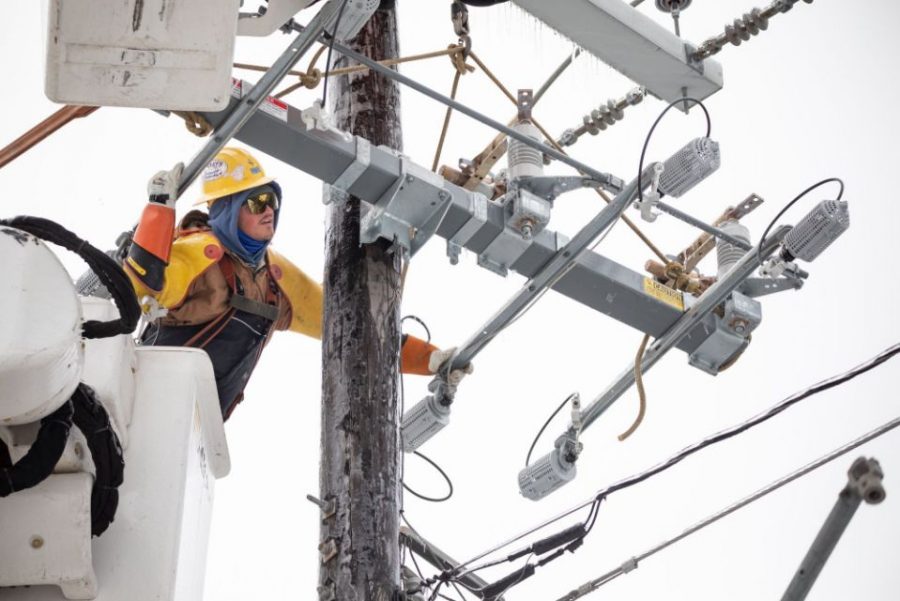 A worker repairs a power line in Austin, Texas.

The week of February 14th-21st, 2021, Texas was hit by a major snowstorm, one that the state’s infrastructure was incredibly unprepared for. According to Texans’ accounts, electricity flickered on and off for days, and temperatures inside their homes dropped to dangerously low numbers. Some people even reported icicles forming from their kitchen faucets as temperatures plummeted. This winter storm put the entire state and its people in a state of emergency and, frankly, panic. Many of the state’s gas-fired power plants were knocked offline amid icy conditions, and some plants appeared to suffer fuel shortages as natural gas demand spiked.

Millions of residents across the state were placed in uncomfortable and dangerous conditions. In one specific instance, a woman and her three grandchildren tragically died in a house fire. According to authorities, the family relied on a fireplace for heat to avoid freezing to death, and a blaze from the fire engulfed their home. In Harris County, which includes Houston, there were more than 200 reported cases of carbon monoxide poisoning, which often occurs when generators are used indoors or without proper ventilation. According to Houston authorities, a woman and a girl died after a car was left running in a garage to generate heat. Farms and ranches were also disrupted due to the extreme weather conditions. This led to “a food supply chain problem like we’ve never seen before,” said Sid Miller, the state agriculture commissioner. Needless to say, this winter storm was incredibly damaging and detrimental for Texans. 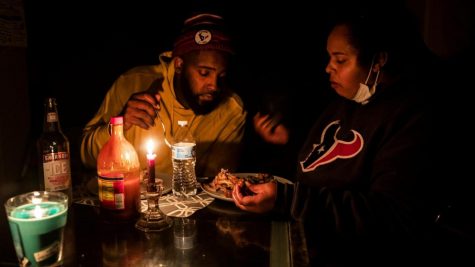 It is important to note that this should not be written off as just a natural disaster — The Texas Blackout was utterly preventable. The snowstorm itself was not, of course, but Texas’s electrical infrastructure was designed to undermine the lives of their residents. This storm exposed the amoral system’s shortcomings, an electrical system that was not intended to serve Texans’ needs. Instead, this electrical system was designed to serve a major corporation — plain and simple.

In the 1930s, the Texas power grid was under the name “Texas Interconnect System.” However, in 1935, President Franklin D. Roosevelt approved and signed the Federal Power Act. This gave the Federal Power Commission the ability to oversee and manage interstate electrical sales. The “Texas Interconnect System” had little state regulation, and major utility companies preferred deregulation in order to make a larger profit. State lawmakers in Texas at the time worked tirelessly to avoid being subjected to the Federal Power Act, intending to monopolize the electrical industry in Texas. Texas was able to avoid electrical sale regulation, specifically avoiding energy sales to bordering states.

In the present day, Texas’s power grid remains primarily deregulated. Ninety percent of the power grid is under the control of Texas’s Electric Reliability Council (ERCOT). This power grid is still isolated from neighboring states to avoid federal regulation. Currently, Texas is the only state in the continental United States with its own power infrastructure. This has proved to be the perfect recipe for disaster with the recent winter storm. All of these factors of deregulation prevent Texas from importing power from other states. This usually would be a standard, reliable practice for states in a crisis.

What is the incentive for Texas to have a deregulated power grid? Being deregulated creates a more competitive pricing market, trading on supply and demand— charging customers higher amounts in peak usage periods. The investments that would be required to design and construct a more reliable infrastructure system are sacrificed in order to gain more profit. Companies have shown that they will bring the cheapest form of energy to the market to maintain massive profits. While these companies are cutting corners and with no regulation, they leave their customers in the dark — literally. This practice has proven to be harmful and even deadly, with Texas in mind.

Texas’s governor, Republican Greg Abbott, spoke to Fox News about this matter. He claimed that the dependence on wind and solar power was the cause of the state’s power failure. He said that the emergency “shows how the Green New Deal would be a deadly deal for the United States of America.” However, the governor later admitted in the same interview that that wind and solar power only accounts for 10% of the Texas power grid. The majority of energy generated in Texas comes from natural gas, coal, and nuclear power. These all failed when the storm hit. What this really shows is how deadly a system can be when it prioritizes large corporations over people’s lives. The right-wing politician used his state’s failure to attack climate change proposals instead of acknowledging the faults of deregulated electricity. His claim was baseless and missed the mark. This claim speaks volumes, in my opinion. The politicization and denial of Climate change will continue to be treacherous for America. 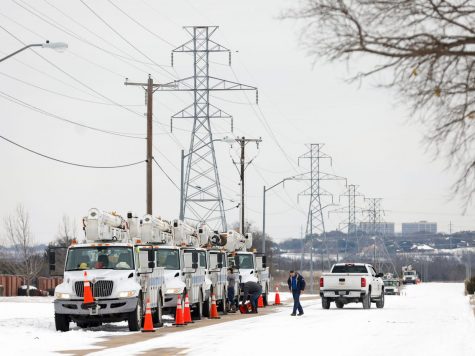 Due to climate change, severe weather of all varieties is becoming more common. Global warming has caused cold Arctic air to plunge southward more often, down through the U.S. Midwest and into the South. This will result in regions experiencing more extreme, frigid weather. Scientists are beginning to uncover how rapid Arctic warming can lead to harsh winters, summer heatwaves, and even floods and droughts across the mid-latitudes. Global warming also increases water vapor in the atmosphere. This results in frequent heavy rain and snowstorms. A warmer and more moist atmosphere over our oceans almost guarantees that stronger storms will be more intense, produce more precipitation, and possibly be larger.

The events in Texas less than a month ago prove that our leaders have no problem favoring major corporations over the working class’s lives. It proves that the GOP uses “radical” action against climate change as a scapegoat for man-made issues within our current economic system. Make no mistake–this is not an isolated incident. This time, it was Texas. Next time, however, it could be any of us. In America, our lives are placed strategically lower than corporations, who, in many ways, are the true leaders of this country.